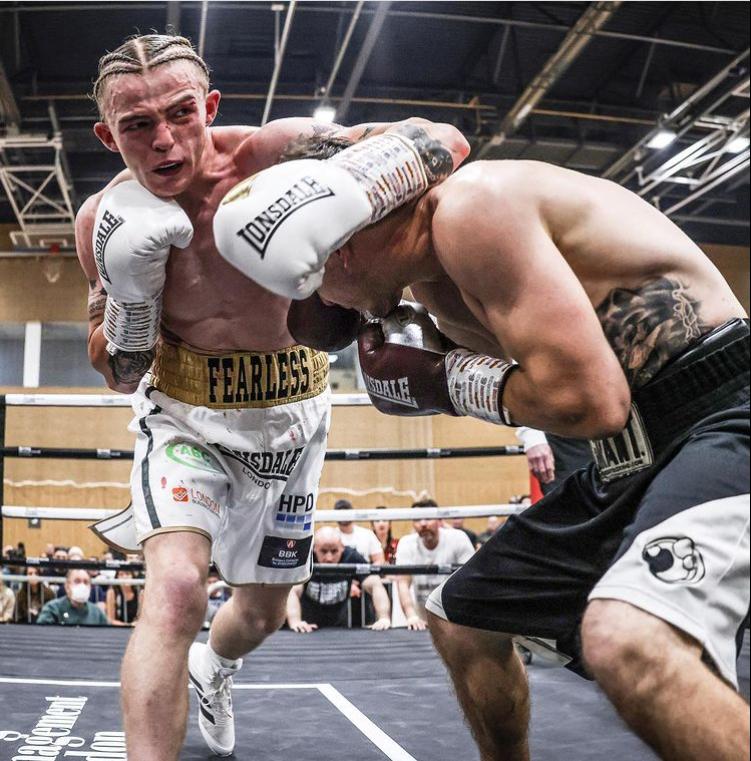 Huge congratulations to Frankie Storey who sealed his first win in the professional ranks as he overcame Stanislav Bilohurov at the Watford Leisure Centre recently.

With over 500 fans in attendance, Storey was up against a Ukranian opponent who came into the bout with three defeats and a draw from his four previous bouts.  It was a war of attrition at times and certainly not the introduction many debutants face when entering the paid ranks.  Bilohurov showed his durability to ward off the enhancing Storey and despite taking some heavy shots saw it through to the final bell, where the Lutonian had his hand raised.

LBC are proud to sponsor Frankie and wish him every success for his future as a professional.