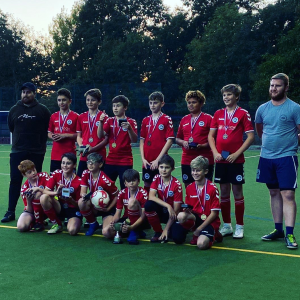 Congratulations to the players and coaching staff on winning last season’s U12s Division C league.  The team had a tremendous season and of the 15 games played, they won 13, drew 2 and lost none! They also proudly received cup final medals presented to them by the League.

LBC are pleased to have sponsored the team and wish them continued success throughout the next season.